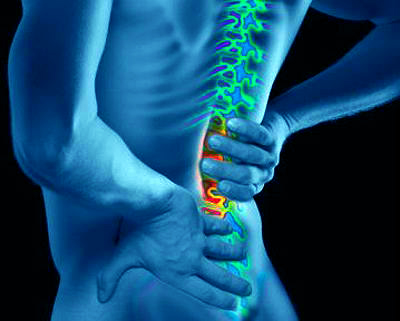 Do you realize how complicated the low back region is when it comes to investigating the cause of low back pain (LBP)? There can be findings on an x-ray, MRI, or CT scan such as degenerative disk disease, arthritis, even bulging and/or herniated disks that have NOTHING to do with why the back hurts. Similarly, there are often other abnormal findings present in many of us who have NO low back pain whatsoever! Because of this seemingly paradoxical situation, we as clinicians must be careful not to over-diagnose based on the presence of these “abnormal findings” AND on the same hand, be careful not to under-diagnose them as well.

Looking further into this interesting paradox, one study reported findings that support this point. Investigators examined 67 asymptomatic individuals who hadNO prior history of low back pain and evaluated them using magnetic resonant imaging (MRI). They found 21 of the 67 (31%) had an identifiable disk and/or spinal canal abnormality (which is where the spinal cord and nerves run). Seven years later, this same group of non-suffering individuals were once again contacted to see if they had developed any back problems within that time frame. The goal of the study was to determine if one could “predict” who might develop low back pain based on certain abnormal imaging findings in non-suffering subjects. A questionnaire was sent to each of these individuals, of which 50 completed and returned the questionnaire. A repeat MRI scan was performed on 31 of these subjects, and two neurologists and one orthopedic spine surgeon interpreted the MRI studies using a blinded approach (without having knowledge about the subject’s symptoms or lack thereof). Each level was assessed for abnormalities including disk bulging/herniation and degeneration. Those who had initial abnormal findings were defined as “progressed” (worsened) if an increased severity of the original finding was evident or if additional or new spinal levels had become involved over the seven-year time span.

Of the 50 who returned the questionnaire, 29 (58%) had NO low back pain, while 21 had developed LBP. In the original group that had the MRI repeated seven years later, new MRI findings included the following: twelve remained “normal,” five had herniated disks, three had developed spinal stenosis, and one had “moderate” disk degeneration. Regarding radiating leg pain, four of the eight had abnormal findings originally, two of the eight had spinal stenosis, one had a disk protrusion, and one an “extruded” (“ruptured”) disk. In general, repeat MRI scans revealed a greater frequency of disk herniation, bulging, degeneration, and spinal stenosis compared to the original scans. Those with the longest duration of LBP did NOT have the greatest degree of abnormalities on the original scans. They concluded that the original MRI findings were NOT PREDICTIVE of future development of LBP.

They summarized, “…clinical correlation is essential to determine the importance of abnormalities on MR images.” These findings correlate well with other studies, such as 50% or more of all asymptomatic people HAVE bulging disks and approximately 30% of us have herniated disks – WITHOUT PAIN. To be of diagnostic (clinical) value, the person MUST have signs and symptoms that agree with the imaging test, which is used to CONFIRM the diagnosis. Bottom line, If you have LBP, come see us, as we will evaluate and treat YOU, NOT your x-rays (or MRI) findings!

We realize you have a choice in whom you consider for your health care provision and we sincerely appreciate your trust in choosing our service for those needs.  If you, a friend, or family member requires care for back pain, we would be honored to render our services.